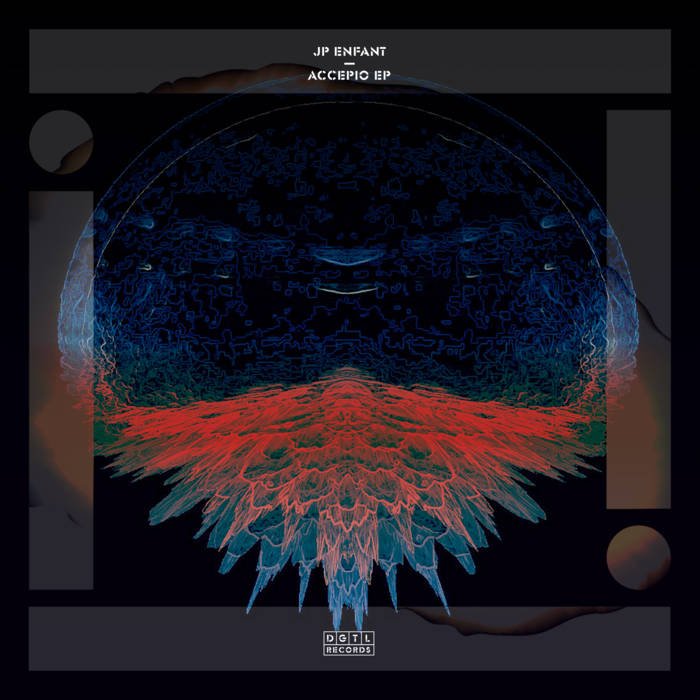 After frequent appearances on DGTL shows and a track on last year’s Various Artists compilation, JP Enfant debuts his first full release on DGTL Records. ‘Accepio EP’ is a four-track release that is a fitting representation of the producer’s acclaimed techno sound. With each of the tracks originally produced as a study, the name ‘Accepio’ was a natural fit for the body of work.

The go-to tune on this release is the genre-crossing and trance laden opening track ‘GTPM’. Its followed by a remix by Colin Benders, who created an enticing interpretation of ‘GTPM’. The third track is called ‘Deep State’, dark and intense, but very groovy. Concluding the EP is the airy ‘Aesthetics’, which showcases a more pronounced lightness than the others, providing a great addition to the EP.

JP Enfant came into contact with Colin Benders after they both played DGTL Amsterdam in 2019, where the idea of Colin doing a remix for this project came to be. The project has been a while in the making, as Colin re-creates all the sounds on his modular synth, slowly crafting the remix by adjusting them one by one. The result is a techno jam that stands out in this release. This approach has become his signature way of working, resonating with his unique live performance on stage.

The artwork for this release is by Tasso Okinawa (gruppeRBG), who is a familiar face at DGTL, doing regular VJ work for them. The artwork is made from macro-filmed organic material, an experiment that became the basis for his visuals at numerous DGTL shows in the past year.