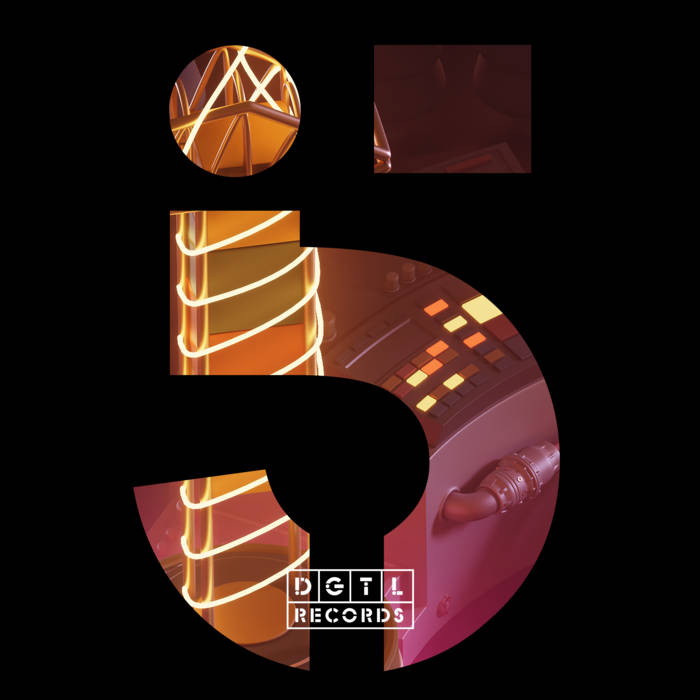 DGTL Records marks its fifth anniversary in style with brand new album ‘5YRS of DGTL Records’. The 14-track long player is released on April 16th as a 4x 12” vinyl set and drops digitally across 4 separate EP releases between February 18 and April 1, of which the first one features Mano Le Tough, Jimi Jules, Coloray and Tjade.

5YRS of DGTL Records is a perfect reflection of not just of the label itself but also its global event patron: headliners sitting equally alongside local talent and up-and-coming acts. Over the past five years, DGTL Records has grown into its own as a fully-fledged musical arm of the overall DGTL musical experience.

Mano Le Tough opens the release with the serene and heartfelt ‘Either Way’. He layers lighthearted guitar tabs, mesmerizing vocals and springy synths on each other to create a sublime affair that makes you reminisce and smile about the good things in life.
Jimi Jules follows with ‘Anna Bolika’, a hypnotic and progressive track. It draws you in with constant chord progressions and mesmerizing sound design. Vocals are echoed cautiously to add to its ominous and eerie atmosphere.

‘Polarity’ is Coloray's addition to the release. It features warm and granular synths, leaning towards the 8 bit retro synthwave sound, while rolling out a breakbeat drum pattern and heavy hitting kicks, with which he keeps the piece energetic and with a driving force throughout. Closing this first of four EP’s, Tjade presents ‘De Halve Maan’, a powerful tune for big rooms and big energy. Analogue synths, progressive bass lines and layers of melodic keys create a sense of revival and resurgence, with a hint of trance.